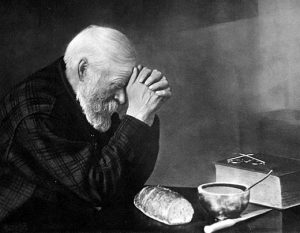 Though what I am about to say will necessarily sound political, let me assure you that it is not my purpose to make a political statement.  In a free country, multiple philosophical differences about the role of government will in time manifest themselves.  There will always be individuals who are wealthy, independent, intellectual, and in their own estimation, destined to rule.  This ruling class stands to gain if there are many dependent, poor and ignorant paupers for them to exercise authority over.  These underlings are willfully dependent upon the proverbial “they” who are assumed, by some unwritten law, to be obligated to meet their every need.

The ruling class has a propensity to rise to the top of the societal strata, while the poor, dependent, and ignorant settle to the bottom.  Political analysts have recently referred to the dependents as “useful idiots.”  Though brash, the characterization seems fitting to the mind of the honest observer.

Let me get to the point.  If we love the freedom that our forefathers so sacrificially afforded us, two adjustments must be made:  First, those who would rise to the top of the societal ladder, and lord it over others, must realize that they too are dependents by nature.  The Word of God tells us, “The king’s heart is in the hand of the Lord, as the rivers of water: He turneth it whithersoever he will. (Proverbs 21:1)”

Secondly, those who have surrendered to a life of dependence, must shift their dependence from the elite, to the One who is sovereign over the affairs of all men.  Paul wrote to his son in the faith, “I exhort therefore, that, first of all, supplications, prayers, intercessions, and giving of thanks, be made for all men; 2 For kings, and for all that are in authority; that we may lead a quiet and peaceable life in all godliness and honesty. (1 Timothy 2:1–2)”

I pray that we make the adjustments to our perspectives while there is time.  Our greatest virtue, from the beginning, was that we were “one nation under God.”