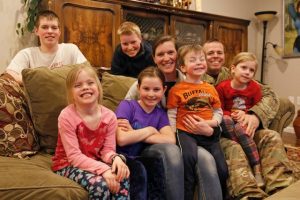 As a pastor I am often amazed at the arrogance with which most parents offer advice about raising children.  Amazed because their boldness does not seem to be effected by the mental, social or spiritual development of their own offspring.  They may have children who have miserably failed in business ethics, the exercise of social graces, or in their walk with the Lord, but still as parents they boast their methods and motives as if they had turned out champions for the next generation.

Please don’t misunderstand me; I’m not suggesting that the faults of every child are the result of parental failure, nor do I believe that good parenting skills are a guarantee that every child will turn out right.  But how is it that any mom or dad can be so naive as to think themselves sufficient for the task of molding a young man or woman for God.

My children are raised now, and if there is one thing that raising children has taught my wife and me, it is that we are not sufficient for the task.  As we look back at our own experience, we can confidently say that every idea implemented in our home that originated with us, or with one of the self appointed professional parent authors, was a mistake.  On the other hand, it is equally obvious to us that every biblical principle and precept that was implemented in our home and tenaciously woven into the fabric of our children’s lives has proven itself to be beneficial to them.

In short, parenting has taught me two things: (1) I don’t know how to raise kids. (2) God does!  The best manual on parenting comes from the One who formed the children in their mother’s womb.  From that manual I offer this advice: “And these words, which I command thee this day, shall be in thine heart: And thou shalt teach them diligently unto thy children, and shalt talk of them when thou sittest in thine house, and when thou walkest by the way, and when thou liest down, and when thou risest up. (Deuteronomy 6:6-7).”

It is foolish to keep doing the same things and expect different results.

Recently, a man visited a local fast food restaurant and asked for a half dozen chicken nuggets.  “We don’t have half dozen nuggets,” said the teenager behind the counter;  “We only have six, nine, or twelve.”  “So I can’t order a half-dozen nuggets, but I can order six?”  “That’s right!”  So, he ordered six nuggets.  Though we smile, isn’t there something sad about this experience?  It serves as an example of the shallowness that pervades our generations, an unwillingness to think—to learn.  More sadly still, this cultural phenomenon has affected our ability to comprehend truth in the spiritual realm that lies just beyond the surface of what we see with our eyes.

The Psalms reveal that individuals living in the days of old were not plagued with our mental lethargy.  It is convicting to notice how David’s meditations did not begin like mine.  The initial focus of the Psalm was not on the headlines of the day, nor on the events that kept his life “on the edge,” but on the condition of his own heart before God!  He prayed, “Judge me, O Lord; for I have walked in mine integrity: I have trusted also in the Lord; therefore I shall not slide. Examine me, O Lord, and prove me; Try my reins and my heart. (Psalms 26:1–2)”

The King was asking the Lord to examine his integrity and uprightness.  He realized that the things that mattered most were his standing before God in uprightness, and standing for God while in the presence of his fellow man.

Not until the end of the Psalm does David mention the lurking dangers that threatened His kingdom and his very life.  Interestingly, even then it was not to complain about his lot in life, or to play on the sympathy of the Almighty, but to acknowledge his dependency and express his confidence in his God.

Perhaps our posterity will be shallow thinkers when it comes to ordering chicken nuggets or making change for a customer, but I pray that God would raise up generations who know Him and delight in His law.  Only then will we be certain of a bright future.  Think about it—no, learn about it.

Just yesterday, the thought of that long awaited blast of the “Last Trump (1Corinthians 15:52)” came to mind.  It’s the next event on God’s prophetic time table, when believers, both dead and alive, will be caught up into heaven to meet the Lord.  For those left behind, seven years of chaos will ensue.  As I rehearsed God’s promise once again, a sense of confident expectation was renewed.  Though we don’t know when the trumpet will sound, we know that it is imminent, and we live in expectancy.

The writer of Scripture encourages… “But I would not have you to be ignorant, brethren, concerning them which are asleep, that ye sorrow not, even as others which have no hope.  For if we believe that Jesus died and rose again, even so them also which sleep in Jesus will God bring with him.  For this we say unto you by the word of the Lord, that we which are alive and remain unto the coming of the Lord shall not prevent (precede) them which are asleep.  For the Lord himself shall descend from heaven with a shout, with the voice of the archangel, and with the trump of God: and the dead in Christ shall rise first:  Then we which are alive and remain shall be caught up together with them in the clouds, to meet the Lord in the air: and so shall we ever be with the Lord.  Wherefore comfort one another with these words. (1Thessalonians 4:13-18).”

Though some will scoff, and treat God’s promise as if it were the last chapter of “Mother Goose,” for those of us who know the power and exactness of the Word of God, just the thought of that great event, The Rapture, causes our hearts to beat faster.  We long for that day when we will stand in the presence of our Great God, and hear His “Welcome home.”

For those of you who are moved by the thought of our Lord’s return, would you also consider the apostle Paul’s words, “Redeeming the time, because the days are evil. (Ephesians 5:16).”  There is much to be accomplished in these “last days.” “…the night cometh when no man can work. (John 9:4)”

If your child sits in front of a television or computer for hundreds of hours and witnesses killings, if he watches national news coverage of killings every evening, reads books that explicitly describe killings, plays video games that require simulated killing to win or progress to the next level, why should you be surprised when he kills someone?

If your teenage son views pornography on television, the internet, bill boards, books and magazines, if he looks at every woman with a lustful eye, if he continually fantasizes about sensual encounters, why should you be surprised when he enters into an immoral relationship or rapes the girl down the street?

Illegal, immoral and inhumane behavior are at an all time high, and men with great intellectual capacity are blaming everything from a damaged psyche caused by a comment some great uncle made at a family picnic when the perpetrator was three years old, to the brain washing tactics of a small church whose music is “outdated” and whose message is “irrelevant.”

Let’s stop playing games.  Someone has wisely stated, “We are what we have been becoming.”  Another observed, “Garbage in, garbage out.”  Our social ills are due to our own unwillingness to deal with the insatiable appetites of our flesh.  We are a society that refuses to say “no” to itself.  We are slaves to our own sinful natures.  We are victims of our own greed.

There is only one hope for our nation, for the whole human race.  He does not live in Washington D.C., but in Heaven.  “Neither is there salvation in any other: for there is none other name under heaven given among men, whereby we must be saved. (Acts 4:12).”  Jesus is not just some historical figure who went about doing good deeds; He is the eternal Son of God who lived, died and rose from the dead to purchase your forgiveness and to rescue you from the clutches of sin.  He is the Way, the Truth, and the Life.  “Believe on the Lord Jesus Christ, and thou shalt be saved. (Acts 16:31)” 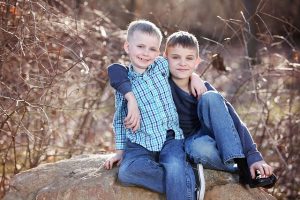 As a young boy, my great uncle, who everyone called Zenny, was quite the marksman when it came to throwing rocks, sticks and other available objects.  My grandfather told of an incident when, as a young man, he had tackled his brother, Zenny, in the barnyard and was sitting on his belly, holding his arms to the ground.

As he watched Zenny’s face turn red with anger, he decided it was time to start plotting his escape route.  He knew that when his little brother was released that the first thing he found would be hurled in the direction of his head.  When time seemed to afford no better solution, he decided that his best course of action was to dart around the barn and hide himself in the woods until Little Brother had time to cool off.  At the precisely calculated moment, while Zenny seemed a bit distracted, my granddad jumped up, blazed a trail around the corner of the barn and headed for the woods beyond.  He was sure he could lose his assailant there, if Zenny chose to pursue.

Glancing behind as he rounded the second corner of the barn, he felt relieved when there was no sight of angry little Zenny.  Just about the time the urgency had faded and granddad had reduced his speed to a trot, half of a brick came sailing over the top of the barn and hit him squarely in the back of the head.  Zenny had found his mark!

I’m sure that for several days after the incident my grandfather would not be able to detect any humor in the healing, but every time I’m reminded of this historic event, I smile.   The story reminds me of a verse of scripture that is often referred to as “The Golden Rule,” “Therefore all things whatsoever ye would that men should do to you, do ye even so to them: for this is the law and the prophets. (Matthew 7:12).”  Think about it; you have probably experienced both sides of this reality.  So, next time you are tempted to mistreat a friend or foe, remember the half brick.  Ouch!